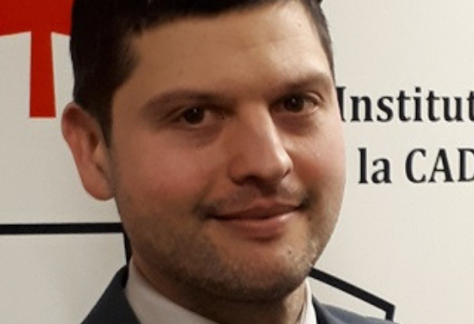 Prior to joining the CDA Institute, Youri served as an Assistant Professor ( adjunct) with the Royal Military College of Canada in political philosophy and military strategy. He has also taught a variety of courses and seminars in international relations, geopolitics, Canadian politics, land power theorists, and operational concepts on behalf of King’s College London, Johns Hopkins university, the Royal Military College Saint-Jean and the Canadian Forces College. As an associate researcher with the International Centre for the Study of the Profession of Arms, his research has included cybersecurity strategy, cultural intelligence officer training, and the metaphysical underpinnings of military doctrine. Youri previously served as a research and speechwriting fellow with the NATO Parliamentary Assembly in Brussels, and his award-winning book “War As Paradox: Clausewitz and Hegel on Fighting Doctrines and Ethics” (McGill- Queen’s university Press, 2016) has quickly become a bestseller in the field and has since been integrated into university curriculum internationally. Before becoming an academic, Youri served as an executive director of two non-profit organizations focused on the environment and youth civic engagement.

Closing Plenary Day 2: Tying It All Together: What Should Canada’s Foreign Policy Agenda Be?

The closing plenary will bring to the stage non-state leaders from four sub-sectors of Canadian foreign policy (aid, trade, diplomacy, security) to react to the Vision Statement and what they learned about the intersections of their interests through the Summit. They will also share their reflections on what is needed for non-state actors to influence the development […]