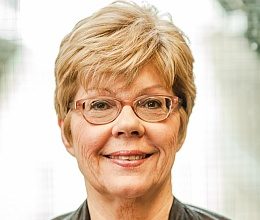 President of the Rideau Institute

A former Canadian Ambassador for Disarmament to the UN and an expert on the political/diplomatic aspects of UN peacekeeping training, since June 2014 Peggy Mason has been the President of the Rideau Institute, an independent, non-profit think tank focusing on research and advocacy in foreign, defence and national security policy. In that capacity she brings a progressive voice to issues ranging from the imperative of nuclear disarmament and effective regulation of the international arms trade to the centrality of UN conflict resolution, appearing regularly in the blogosphere, in print media and on radio and television.

Her career highlights diplomatic and specialist expertise in the field of international peace and security, with a particular emphasis on the United Nations, where she served as Canada’s Ambassador for Disarmament from 1989 to 1995. Since 1996 Ms. Mason has been involved in many aspects of UN peacekeeping training, including the development of groundbreaking principles on the disarmament, demobilization and reintegration of former fighters, the reform of UN arms embargoes and the dramatic evolution of UN peacekeeping in the 21st century.

As a longstanding external faculty member of the then Pearson Peacekeeping Centre (1995- 2012) and a consultant trainer and exercise developer (1995 -2014), she brought the UN political/diplomatic perspective to a range of UN, NATO and EU training exercises to help prepare military commanders for complex, multidisciplinary peace and crisis stabilization operations.

From 2002-2012 Peggy Mason was a Senior Fellow at The Norman Paterson School of International Affairs (NPSIA) at Carleton University, where she lectured, participated in training for Iraqi and Kuwaiti diplomats and chaired the Advisory Board of the then Canadian Centre for Treaty Compliance (CCTC).

Peggy Mason is active in many NGO’s including a past Chair of the Group of 78, and current Vice-President of the Canadian Pugwash Group.

A graduate and gold medallist of the University of Ottawa Faculty of Common Law, Peggy Mason was inducted into its Honour Society in September 2003. She has also received the 2016 Leadership Award from Canadians for a Nuclear Weapons Convention for her work on nuclear disarmament.