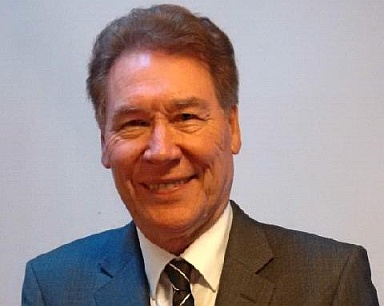 Randolph Mank is a global business executive and a three-time former Canadian ambassador, with over thirty years of experience in both the public and private sectors. He is currently President of MankGlobal Inc consulting, assisting a variety of clients.

Mank was Director-General for Asia at Canada’s Department of Foreign Affairs and International Trade in Ottawa, 2006-08. Among responsibilities, he oversaw the department’s Task Force for Afghanistan, devised a re-engagement strategy with India, and served as Canada’s Senior Official for ASEAN. Prior to this, he was Director for Policy Planning from 1999-2003, quarterbacking a Canadian foreign policy review, and heading the G7 Foreign Minister’s Secretariat for Canada.

His other assignments included Greece, Sweden, Central America, Indonesia, and Japan. Of his nine years working on bilateral relations with Japan, four were spent in Tokyo spearheading relations with the Japanese parliament.

Born in Kitchener, Ontario, Mank obtained Bachelors’s and Master’s degrees from Wilfrid Laurier University in Waterloo and conducted PhD research at The London School of Economics. He speaks Indonesian and Japanese, in addition to English and French. Among honours, he was Canadian Public Service Mentor of the Year in 1999, and a Laurier Top 100 Alumni of Achievement in 2011.

Currently, he serves as a Fellow of both the Canadian Global Affairs Institute and the Balsillie School of International Affairs, in addition to leading his private consulting practice.

REGISTER FOR THIS SESSION LIMITED SPACE AVAILABLE INTERPRETATION TOKEN: LEADERSHIPCAN   Canadian Foreign Policy, as seen from a broad perspective, combining the impact  of a rapidly changing and challenging international environment on our standing in the world and Canada’s ability to adapt, protect and advance our primary  global interests. A panel moderated by RHOMA’s President, […]