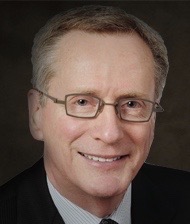 Within Canada’s foreign service, he served as Ambassador to Japan and Ambassador to Korea and was Assistant Deputy Minister for both Trade and Economic Policy and Asia-Pacific Affairs. From 1994-97 he was Canada’s Senior APEC Official and oversaw preparations for the 1997 APEC Summit in Vancouver. He led the host logistical teams that organized the 1988 and 1995 Economic Summits and the 1987 Commonwealth Heads of Government.  He had postings in the former Saigon and Hanoi, Ankara, Brussels (where he worked in the NATO Secretariat) and Geneva with Canada’s Mission to the United Nations and the GATT.

In retirement, Mr. Edwards’ activities have included roles as a distinguished fellow of the Asia Pacific Foundation of Canada, board memberships in the not-for-profit sector, and strategic adviser to a major Canadian law firm.

He is currently a distinguished fellow with the Centre for International Governance Innovation (CIGI) in Waterloo, and a policy fellow at the Johnson-Shoyama School of Public Policy at the University of Saskatchewan.

REGISTER FOR THIS SESSION LIMITED SPACE AVAILABLE INTERPRETATION TOKEN: LEADERSHIPCAN   Canadian Foreign Policy, as seen from a broad perspective, combining the impact  of a rapidly changing and challenging international environment on our standing in the world and Canada’s ability to adapt, protect and advance our primary  global interests. A panel moderated by RHOMA’s President, […]