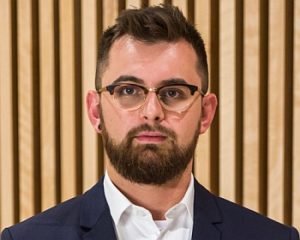 Guillaume Baggio is a young professional on water and sustainability and received a B.Eng. Degree from Polytechnique de Montréal, Canada in 2017. Before joining the UNU-INWEH, he worked on several projects on the impacts of climate change and extreme weather events on the electricity grid in Canada and headed a group of young professionals in a project about smart cities in Canada, Finland, and Baltic Nations. His areas of interest include developing a policy support system to promote evidence-based policymaking for achieving SDGs by 2030 and investigating better ways to design workable policies in data-poor contexts. Overall, he is also excited in analysing how to assure sustainability and well-being under different socioeconomic pathways.

Moving beyond calories: a quest for better evidence on culture, food insecurity and peace

Food insecurity and hunger are yet to become problems of distant times. According to the latest assessment, an estimated of 821 million1 people were undernourished in 2017, a number higher than in previous years, and about 2 billion2 people have faced moderate and severe levels of food insecurity. To address such challenges, the 2030 Agenda adopted by UN Member States in 2015 directs global efforts to “end hunger, achieve food security and improved nutrition and promote sustainable agriculture” under the Sustainable Development Goal (SDG) 2 and its many targets and indicators to track progress at the national level. For instance, Target 2.1 aims to “end hunger and ensure access by all people, in particular, the poor and people in vulnerable situations, including infants, to safe, nutritious and sufficient food all year round”. However, achieving this target by 2030 will require uncountable efforts as several factors have contributed to the persistence and rise of food insecurity and hunger globally, such as economic shocks, climate change and conflicts. Indeed, in conflict-affected countries in sub-Saharan Africa, the number of undernourished people increased by 23.4 million3 between 2015 and 2018, a higher increase compared to countries not affected by conflicts.

While the links between access to food and conflicts have been widely discussed among policymakers and experts over the last decades4,5, data and evidence for policymaking to address these issues are still missing to this day. Several metrics6 and indicators7 have been developed over time to track the status of food insecurity and hunger worldwide. However, even though the prevalence of undernourishment measured by the average amount of calories per capita8 and the extension of food insecurity in the population given by people’s lack of access to food9 are key indicators to monitor the progress against food insecurity and hunger, these indicators do little to understand how access to food links to culture and traditional knowledge, especially among those affected by conflicts. Culture and peace-building are also not highlighted among the main links between SDG 2 and other development goals10. Nevertheless, culture is perhaps one of the most critical factors determining society’s relation to food and wellbeing, and the lack of understanding of how culture crosscuts food insecurity and peace-building might prevent more effective policies to achieve SDG 2 in the next couple of years. Therefore, in a world where food abundance coexists with a prevalent lack of access to safe, nutritious and sustainable food, determining how culture shapes what and how people eat is critical. Indeed, food and ways of eating are all part of the culture of a society, as “they shape the senses of personal identity, of self-determination, of belonging within a family and society”11.

For this, gaps in data and evidence must be promptly addressed by national and international organizations to build a better understating of how culture-oriented policymaking can fight food insecurity and support peace. This is not to say that policymaking to achieve SDG 2 and build a more peaceful society is easy. Making the right policy decisions in the SDG era can be quite complex, requiring policymakers and development actors to assess and combine many pieces of evidence. And while humanitarian responses to food insecurity and conflict might focus of assuring immediate access to safe and sufficient food and conflict resolution, building long-term sustainable policies to address food insecurity and peace need to cast some light on how those affected by conflicts, often displaced from their places of origin, build identity, tradition and sense of belongingness around access to food. Ending food insecurity and hunger as a mean of fostering and strengthening a more peaceful and conflict-free society might be only effective if long-term sustainable policies cease to use the measure of calorie intake as the main or sole indicator for food insecurity.

For this, Canada must lead international efforts by promoting a framework for achieving long-term sustainable food security and strengthening peace-building efforts through the lens of people’s culture and identity. Indeed, the 2030 Agenda National Strategy12 already points out the role of indigenous knowledge to achieve SDGs, but more remains to be made at the national and international level to assure a better understanding of the role of culture in the untangled knots of food insecurity and conflicts. At this stage, producing evidence and measurement tools must rapidly evolve to meet the monitoring challenges for sustainable development, and new indicators for food insecurity must be proposed to collect data and produce evidence that fits for policymaking in times where peace can only be achieved and food insecurity can only be eliminated when people’s culture and tradition are taken into account.