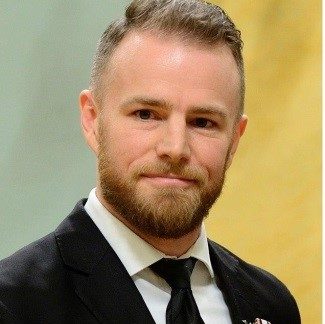 Prior to joining Global Affairs Canada, Michael served in the Canadian Armed Forces, worked with the Aga Khan Foundation in Bangladesh, and the Carnegie Endowment for International Peace in Moscow.  His first assignment with the government of Canada began with the Peace and Security Unit of the Canadian International Development Agency (2004).  Additional headquarters positions included assignments with the Humanitarian Assistance Division (2011-2012) and the Afghanistan Task Force (2006-2008).

Abroad, Michael was Canada’s first civilian deployed to Kandahar, Afghanistan where he served as Director (Development) at the Canadian Provincial Reconstruction Team (2005-2006).  Subsequent overseas assignments include deployments as Canada’s first Counsellor and Head of Aid in Khartoum, Sudan (2008-2010), and its first field-based Director (Development) for the Middle East and North Africa, stationed first in Cairo and more recently in Amman (2012-2016).  Michael was subsequently sent on secondment from Global Affairs Canada, to the Foreign and Defence Policy Secretariat of Canada’s Privy Council Office where he was responsible for supporting Cabinet and the Prime Minister on issues pertaining to the Middle East and North Africa.

Michael took leave from the government as a Fellow with the Weatherhead Center for International Affairs at Harvard University in 2017/18 and returned to Global Affairs Canada as Director of Conflict Prevention, Stabilisation, and Peacebuilding in August 2018.

Making Progress on Canada’s Approach to the Humanitarian, Development and Peace Nexus

REGISTER FOR THIS SESSION LIMITED SPACE AVAILABLE INTERPRETATION TOKEN: LEADERSHIPCAN2   Focusing on double and triple nexus programming in practice, this session will bring together recent evidence from this approach in programming, with current civil society, political, defence and academic perspectives, framing an interactive discussion that will contribute to the creation of a white paper […]