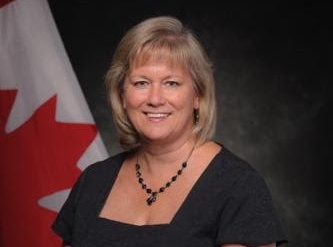 Dr. Denise Preston joined the Department of National Defence as Executive Director of the Sexual Misconduct Response Centre in May 2017. In that capacity, she is responsible for delivery of a range of support services to Canadian Armed Forces (CAF) members who are affected by sexual misconduct, and for the provision of expertise and recommendations to the CAF to shape and monitor the development and implementation of training, policies and programs to eliminate sexual misconduct in the CAF.

Prior to joining National Defence, she worked for the Parole Board of Canada for 8 years as the Regional Director General for the Ontario/Nunavut region. As such, she was responsible for delivery of the Board’s mandates in the region, which included information and support services to victims of federal offenders and the establishment of a Victim Advisory Committee in partnership with the Correctional Service of Canada.

Prior to joining the Board, she worked as a Psychologist for the Correctional Service of Canada for 19 years. She held a range of clinical, research, and managerial positions and worked in low, medium, and maximum security institutions, as well as a psychiatric centre.

She has extensive experience working with sexual, violent, and mentally disordered offenders, and with victims of sexual abuse and assault.

She is a graduate of Queen’s University, with a Ph.D. in Psychology, is registered with the College of Psychologists of Ontario, and is a member of the Canadian Psychological Association.

Can Sexual Violence in the Workplace Really be Prevented? An Examination of the Roots of the Problem and Some Glimmers of Hope

REGISTER FOR THIS SESSION LIMITED SPACE AVAILABLE The #MeToo movement brought an issue marginalized groups have been dealing with for far too long to the forefront and it’s time we discuss Canada’s role in it. This panel will examine the root causes of sexual violence in the workplace – often referred to as sexual harassment, […]